Thoughts from a Patriot

How can anyone not think that the GOP has really gone to Hell in a hand basket?

As a reader of this Blog you are a part of the more intelligent population of this nation.  I am not kidding. I have no doubt about that. You are: an eternal learner and seeker of insights, a fellow searcher for Truth, a person always the student of knowledge. Take pride in yourself – you are what has made this nation the beacon it has been for centuries.

Can you believe the mess, the imploding of the GOP? My sincere hope is that the Republican Party does implode and that the good well-intentioned and intelligent survivors commit to working to recreate a new party. I think a two party system is a benefit and essential to all of us.   Two parties can offer challenges to our thoughts and help us see differences in approaches. No party has all the truth – two parties can help all of us in the long run. But they need to be two parties that are – – “of, by and for the people”.

For years now the GOP has created the atmosphere of anger, confrontation, obstructionism, division, finger pointing, open anarchy against government, anti care for the needy, on and on and on!!! And, they have supported those who do the same! If you are reading the newspapers, watching quality TV, or even listening to the late night comedy TV hosts – you have more than enough knowledge of the CRAP the GOP has done for more than a decade. They now are experiencing what they have created – and it is “doing them in”. They deserve the mess they have made. I hope they totally destroy themselves. But don’t drag me down to your abyss.

My fear, and I think the fear of many is, that this group of FAKE patriots – the right- wingers, the Tea Party folks, the religious zealots are screwing up our nation. Those people whose religion out-weights the reality and civic duty and commitment to the separation of church and state that the Founding Fathers put into our very Constitution. Why? Because those same people can say “my belief allows me to discriminate”. These people are EVIL. My serious opinion on the matters of religion and using religion in the world of politics and legal decision making is – religion MUST have no part, in fact I would go so far as to outlaw religion in civic society! Look no further than ISIS and you can see the future of where we are headed!

The FAKE patriots constantly refer to and remind us all of the Founding Fathers – but know so little of the facts and importance of that separation. They are making religion control the destiny of this nation. The very thing that the Founding Fathers feared!!! These people are – STUPID, but more than that they are dangerous to what has made America great.. They are the ones that are ruining the democratic systems that many of my friends have fought for (and some died) defending against such extremism. Shame on them – better yet – eliminate them from positions of power that they have misused and abused. 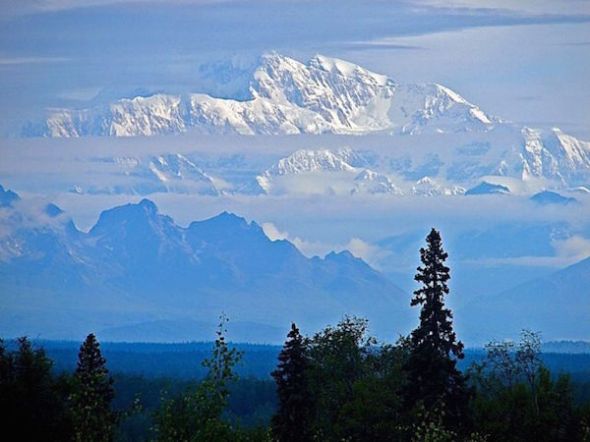 They are the TERRORIST AMONG US!

If you thought all the primitive men from the Paleolithic period had died off – think again.  “Ain’t America Great.”  You have to love a country where people who should have died off years ago, can live another day.   They can talk too – though stupidly, just to prove they are primitive with nothing of value in their heads.

Here is a photo gallery from pages in The Nation magazine.  Both the photos and the Neanderthals, speak for themselves.  There may be more in the future!

This should make your day!

Be Still and Know

That you are not the one with the problem.

Your thoughts and comments are always welcomed.

Take this opportunity to “teach” all of us who seek deeper truth in life.